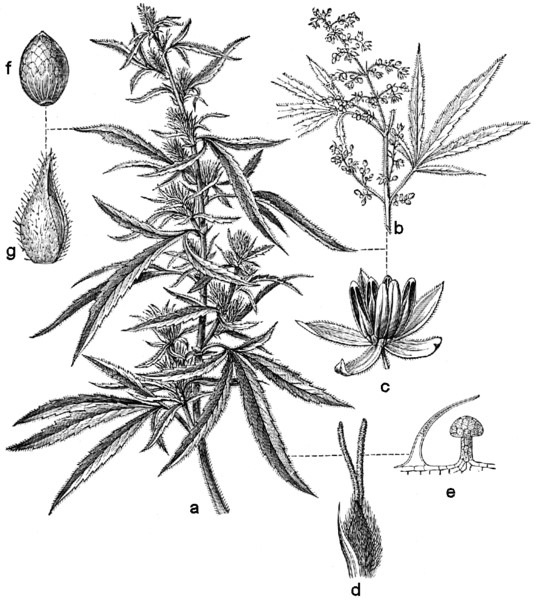 This article explores how CBD works within our bodies and the role of the endocannabinoid system (ECS). It also covers the proven medicinal properties of CBD, as outlined by the World Health Organisation (WHO) and potential uses of CBD oil and hemp buds.

CBD is one of many cannabinoids found in the cannabis plant. Cannabinoids are chemicals that interact with cannabinoid receptors in the human body.

How is cannabidiol (CBD) processed by the body?

We have different receptors in our bodies that respond to certain classes of chemicals, for instance insulin, testosterone and estrogen each have their own receptors. The system of receptors that interacts with cannabinoids is the endocannabinoid system (ECS).

The ECS is present in the lungs, liver, intestine, kidney, spleen, lymphatic and nerve tissue, and is involved in regulating a variety of cognitive and physiological processes, including:

THC produces its mind-altering high by affecting the CB1 receptors in the brain. CBD, on the other hand, influences both the body’s use of its own naturally occurring endocannabinoids as well as acting on other chemicals in the ECS.

The broad influence of the endocannabinoid system within our bodies and the proven interaction between it and cannabinoids is the basis for the extensive list of possible applications and benefits of supplementing CBD.

Does CBD get you high?

CBD is one of the most prominent compounds in the cannabis plant, second to tetrahydrocannabinol (THC), the chemical responsible for the feeling of being high that is commonly associated with marijuana.

Even though it occurs naturally in the cannabis plant, CBD is non-psychoactive, meaning it does not produce a high or any mind-altering effects. In fact, CBD has antipsychotic properties and counteracts the psychoactivity of THC.

Selectively grown strains of CBD rich cannabis can contain 10% – 20% CBD while having a THC content of under 0.3% allowing it to be legally grown as hemp.

How to use hemp buds: a CBD-rich species of cannabis 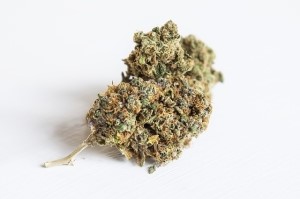 CBD-rich strains of cannabis are an exciting product of the CBD and medicinal cannabis movement. Hemp buds offer an alternative to CBD oil as a source of CBD that can be smoked, vaped or used to make edibles and ingested.
Read this article

In a 2017 assessment of CBD, the World Health Organisation (WHO) reported on CBD’s medicinal properties:

“The range of conditions for which CBD has been assessed is diverse, consistent with its neuroprotective, antiepileptic, hypoxia-ischemia, anxiolytic, antipsychotic, analgesic, anti-inflammatory, anti-asthmatic, and antitumor properties.”

This assessment by the WHO is consistent with the British Journal of Clinical Pharmacology’s findings on CBD, published in 2013:

The following section is a breakdown and explanation of the medicinal properties reported by the WHO.

CBD as a neuroprotective agent:

Neuroprotection refers to the conservation of neurons and nerve cells. This means that CBD slows the rate of neuron loss, reducing the damage to the brain and nervous system. Central nervous system disorders that are treated with neuroprotection include neurodegenerative diseases, stroke, traumatic brain injury, spinal cord injury and neurotoxin consumption i.e. methamphetamine overdoses.

This 1998 study was one of the first to publish the antioxidant properties of CBD and its potential as a neuroprotective agent:

– Cannabidiol and tetrahydrocannabinol are neuroprotective antioxidants

CBD as an antiepileptic

Antiepileptic or antiseizure drugs are anticonvulsants, which are used in the treatment of epileptic seizures. Anticonvulsants subdue the rapid firing of neurons during seizures. Interestingly, anticonvulsant medications can be used to treat neuropathic pain, further evidence that CBD has neuroprotective qualities.

Additionally, anticonvulsants can act as mood stabilisers, potentially making them useful for the treatment of bipolar and personality disorders.

The study ‘Cannabidiol: Pharmacology and potential therapeutic role in epilepsy and other neuropsychiatric disorders’ noted that:

– Cannabidiol: Pharmacology and potential therapeutic role in epilepsy and other neuropsychiatric disorders

“These results emphasize the interest in CBD as a neuroprotective agent”

CBD as an anxiolytic:

Anxiolytics like the benzodiazepines above have notable side effects and warnings:

In a stark comparison, CBD does not come with side effects and warnings as serious as the benzodiazepines mentioned. CBD can be safely taken at high doses, is non-addictive, has no dependence potential and has shown no withdrawal symptoms:

CBD as an Antipsychotic:

Clinical research into CBD’s antipsychotic properties is still underway, however early trials and studies have had very promising results. Particularly with regard to its side effect profile being much safer than current antipsychotic medications:

“Cannabidiol exerts antipsychotic properties comparable to the antipsychotic drug amisulpride while being accompanied by a superior, placebo-like side effect profile.”

– ‘2016: Cannabidiol as a Potential New Type of an Antipsychotic’

“CBD prevented human experimental psychosis and was effective in open case reports and clinical trials in patients with schizophrenia with a remarkable safety profile” “These results support the idea that CBD may be a future therapeutic option in psychosis, in general and in schizophrenia, in particular.”

– ‘2012: A critical review of the antipsychotic effects of cannabidiol’

CBD as an analgesic (painkiller):

Analgesics are any drugs which are used for pain relief (analgesia). There are many forms of analgesic which act differently on the peripheral and central nervous system. Most analgesics work by reducing inflammation or swelling as anti-inflammatory drugs, others work by blocking pain signalling to the brain by affecting the central nervous system.

CBD along with THC is already being used in the pharmaceutical product Nabiximols (sativex) to treat neuropathic pain as well as spasticity, overactive bladder, and other symptoms of multiple sclerosis. Its standardised in composition with each spray containing a dose of 2.7 mg THC and 2.5 mg CBD. interestingly a study on Sativex revealed that:

– ‘Cannabinoids in the management of difficult to treat pain’

There is also promising potential for cannabinoids like CBD and THC to be used in conjunction with opioids for treating chronic pain with fewer or no side effects. The study: ‘Role of the Cannabinoid System in Pain Control and Therapeutic Implications for the Management of Acute and Chronic Pain Episodes’ found that when CBD was used in addition to opioids “the required dose of each agent could be reduced” significantly enough, to dramatically reduce or eliminate side effects. 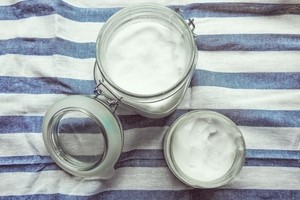 Regularly using a topical cannabidiol (CBD) cream is an effective source of targeted pain relief for many, especially for people suffering from multiple sclerosis, arthritis, or those who often have sore or inflamed muscles.
Read this article

CBD as an anti-inflammatory:

Anti-inflammatories are substances or treatments which reduce inflammation or swelling, they make up roughly half of painkillers. Non-steroidal anti-inflammatory drugs are commonly used and easily accessible, they include aspirin, ibuprofen, and naproxen etc. They work by counteracting / inhibiting the cyclooxygenase (COX) enzyme which is responsible for creating inflammation. Long term use of anti-inflammatory drugs like these can cause gastric erosions, stomach ulcers and in rare cases severe haemorrhage.

CBD as an anti-asthmatic:

Asthma is a disease causing inflammation of the airway passages in our respiratory system. Asthmatics can experience difficulty breathing, bronchospasms, coughing and shortness of breath.

Treatment for Asthma is categorised as either; instant relief medications used for acute asthma, or long-term preventative medications which reduce inflammation and airway resistance.

The 2010 study, ‘Cannabinoids as novel anti-inflammatory drugs’ reported that “cannabinoid-based compounds may represent a novel class of therapeutic agents for the treatment of allergic airway diseases”. This potential to treat airway diseases is consistent with its anti-inflammatory properties and possible use as an anti-asthmatic in the future.

CBD as an anti-tumoral:

Cannabinoids are currently used to treat pain and nausea caused by in cancer patients. The anti-tumoral properties of cannabinoids including CBD are promising:

However, CBD and cannabinoids as anti-cancer treatments are are still very much in the early stages of clinical trials. We are watching this space closely and will update our readers as more data and supporting study becomes available.

The following list of potential uses of CBD was published in 2017 by the Department of Pharmacy, University of Salerno, Italy in the review: ‘Cannabidiol: State of the art and new challenges for therapeutic applications’. The potential uses they state are consistent with CBD’s medicinal properties outlined by the World Health Organisation above.

In the 1970s all types of cannabis, including hemp, were outlawed in the United States as part of president Nixon’s War on Drugs. For this reason, research into CBD is limited with many potential uses and applications having only limited supporting clinical evidence. The exception to this is epilepsy, where CBD has been demonstrated as an effective treatment in several clinical trials.

With medicinal, and in some cases recreational cannabis use becoming legalised and accepted, it will become more accessible for researchers to further investigate CBD, its medicinal properties and potential uses. We closely follow and publish CBD research and findings in our article on CBD Clinical trials.